For instance, when the state offers tax cuts to capitalists in order to withstand the complexities of the global order, the public protests and argues that the state is not fair in its policies. Thus the inherently economic problems of the era become rendered into political problems that prompt complaints about the legitimacy of political order. However, modernity is an unfinished project, as Habermas would suggest, and Reason will be accommodated in the system only through such legitimacy crises, eventually pushing the public sphere, that is the life-world, to engage in debates and to arrive at consensus about how to manage the system.

This colonization should be reversed and the life-world should become more powerful than the system itself, Habermas asserts. Otherwise, the legitimation crisis of the political circle will develop into a motivation crisis in the internal worlds of its subjects, leading to further decay and unproductivity.

Jürgen Habermas and the Idea of Legitimation Crisis

To put it in simple terms, what Habermas proposes as a method to overhaul the contradictions of capitalism is an enlightened civil society, which will have internalized Reason, and eventually unveiled the truth, thus having access to the correct tools to manage the inadequacies of the system. This civil society will be constructed through the democratic efforts of the public, and therefore the final consensus will not suffer from legitimacy problems. However, in seeking to reveal capitalist ideology through Reason and to rid of the contradictions of the system, what Habermas suggests is to replace the state sponsored ideology by another mystification this time sponsored by an enlightened group of civil society members.

Even though Habermas begins to tackle the status quo by approaching its problems as instigated by capitalism, he does not criticize capitalism per se, but rather looks for an alternative way to legitimize capitalist practices through engaging more people with the system, and through bringing their life-worlds closer to the capitalist system.

This elitist method is not very different from formal democracy in its approach to capitalism. In addition, the class struggles and power relations within this group that participates in discussions remain completely disregarded in the book. The idea of a consensus and universal truth are very exclusive concepts in themselves, and they become even more select when the internal utterances of the group that is constructing the universal are not questioned.

For instance, in the beginning of the book p. Once again, the idea of public consensus translates as a bourgeoisie rule with different institutions to back it up.

This is a very Eurocentric and exclusive manner of approaching the inherent contradictions of capitalism, and it deeply suffers from a lack of imagination on the part of the author. Jan 01, Steven Peterson rated it really liked it. Jurgen Habermas' Legitimation Crisis explores crisis tendencies in late capitalism and the possible order that might follow.

Crises themselves come about from unresolved problems that begin to raise questions about the nature and efficacy of the system. When people lose faith in the values undergirding a system, the regime in power and, perhaps, even the entire system itself comes to be at risk. The underlying engine of crisis is the economic system. He notes that "In liberal capitalism, crises Jurgen Habermas' Legitimation Crisis explores crisis tendencies in late capitalism and the possible order that might follow. He notes that "In liberal capitalism, crises appear in the form of unresolved economic steering problems" and ".

In this way, the ideology supporting capitalism would come under question and cease generating loyalty from the people.

If government capabilities are questioned too much by citizens, crisis develops, and people come to lose faith in the ideology supporting the system and the system's legitimacy in dividing up the pie so that all gain "fairly. Under such circumstances, they allow the capitalist economy and government to operate with rather little question. By providing an appropriate level of "goodies" to the people, the system renders the masses quiescent and allows the elite to remain in power. When questions arise as to whether the system is generating consumer goods at the proper rate, then the political disengagement may end and a legitimation crisis begins as people begin to doubt the validity of the current system.

Habermas' ideal system would be based on dialogic communication and open discourse. The question here: If the current late capitalist system suffers a legitimation crisis and transformation of the system looms, how will new norms develop? Habermas answers: "Only communication ethics guarantees the generality of admissible norms and the autonomy of acting subjects solely through the discursive redeemability of the validity claims with which norms appear. That is, generality is guaranteed in that the only norms that may claim generality are those on which everyone affected agrees or would agree without constraint if they enter into or were to enter into a process of discursive will-formation.

In the final analysis, "The validity claim of norms is grounded not in the irrational volitional acts of the contracting parties, but in the rationally motivated recognition of norms, which may be questioned at any time. Habermas contends that the better argument that emerges from a cooperatively engaged in dialogue should rule--if a consensus forms around this one possibility. This is a powerful work, whether or not one agree with the thesis.

Habermas has faith in the ability of people to create the norms that will govern politics and society. Is he too optimistic? That is the key question that readers will have to grapple with. Aug 11, Chelsea Szendi rated it really liked it Shelves: s , qualitative-sociology , theory. I came to this book with lots of prejudices about how to read Habermas, although this is my first real try. His communicative theory and public sphere etc.

Since Habermas was writing in the early s, part of the implicit background for the kind of identity crises he notes in advanced capitalist nations is that of mass demonstrations and student unrest although the only moment in which a glimmer of a real challenge appeared, for Habermas, was in "May in Paris". I could feel his urge toward clear, structured communication which, naturally, I was also seeking : none of those topsy-turvy textual layerings of Adorno Habermas is trying to hammer out the outlines of a model yeah, I know: that's what theory is , and trying to be so clear and careful, but without explicit clues to what specific circumstances he has in mind, he ends up being very vague at moments.

I suppose this book is rather a slim volume, and to include examples and explications would quickly triple it. My reading coincided with desperate maneuvering by the Fed to save the US dollar and observers in Japan going batty over the outrageous strength of the yen. The public expectations for the state to intervene in these issues underlined Habermas' point about legitimacy in late capital "organized capitalism" requiring state stewardship of the market. Of course, the counterpoint to those expectations is the lingering utopia of the free market that Polanyi discussed in the s and still resonates in populist discourse in the United States.

This phrase in particular came back to me when I put aside Habermas to glance at the newspaper: "No previous social formation lived so much in fear and expectation of a sudden system change, even though the idea of a temporally condensed transformation -- that is, of a revolutionary leap -- is oddly in contrast to the forms of motion of system crisis as a permanent crisis. Mar 27, Aaron Crofut rated it did not like it Shelves: political-theory-science , did-not-finish. I tried. Not worth the strain.

For a guy best known for his communicative theory of society, the man sucks at communicating. Usually, when someone uses large and complex words exclusively, they are trying to hide weakness in thought behind a verbal smoke screen. Crises of legitimately occur, but they have little to do with the supposed difference between surplus value and use value. This book is a sad attempt to keep Marxist class theory alive well after Marx's theories have been refuted by time I tried.

This book is a sad attempt to keep Marxist class theory alive well after Marx's theories have been refuted by time. Most useless book I've read all year. I not only couldn't understand most of Habermas's arguments, I couldn't understand why I should make the effort. I only read this because it's short and I've had it for years, and even then I nearly gave up. I read this because of its relevance to Wolfgang Streeck's recent writings on crisis theory. 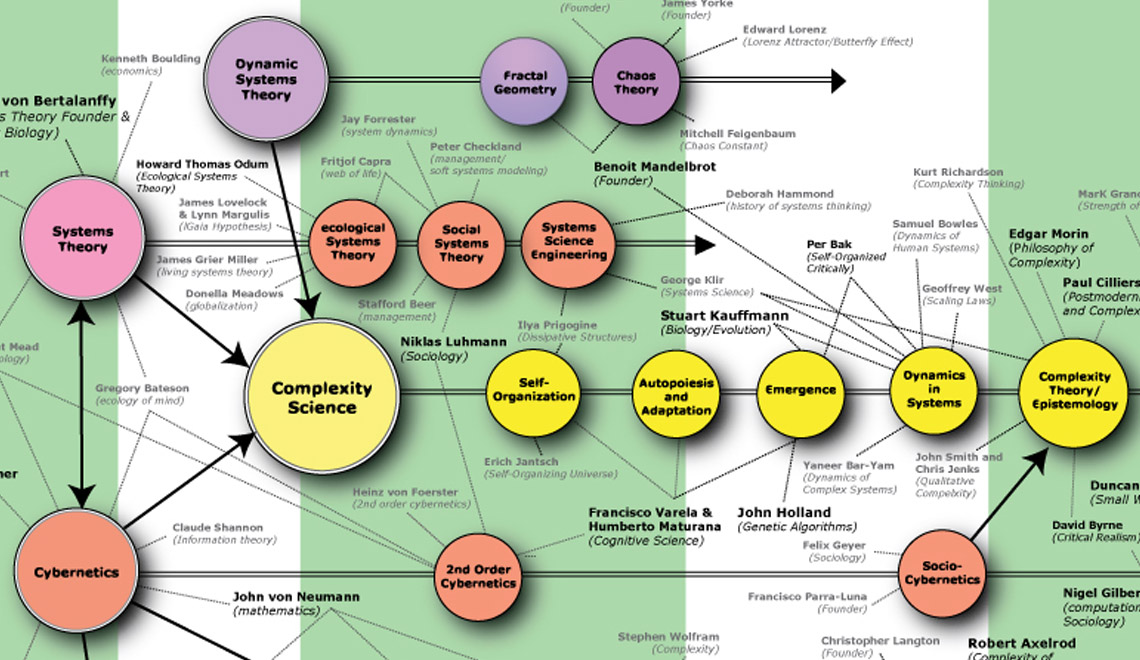 The book is almost a forensic explanation of what we mean by a crisis. The Habermasian stuff about his overall worldview was less interesting to me than the core idea of a legitimation crisis, but I see why he had to defend the various components. Dec 19, Gabriel rated it really liked it. I did my college thesis on this, in German, so I bet I'd get a little more out of it if I read it in English, but it was very interesting nonetheless. It is fascinating to think about it in terms of the current American administration.

Apr 07, Steve Cucharo rated it really liked it. If you're interested in the subject matter, I'd suggest reading a paper about this book rather than reading the book itself.

Readers also enjoyed. According to Habermas, these crises have all occurred as a natural consequence of society's productive advancement, as the social system struggles to adapt to the strains on relations of production. In other words, as a society's "technical knowledge" advances, the equilibrium is disturbed between the technical and political aspects of production, which can result in a crisis if the imbalance isn't corrected by adequate advancement of "moral-practical knowledge. Therefore, in order to maintain legitimacy, a society, constituted by both the government and the governed, must engage in an ongoing and competitive reevaluation of its goals and norms to ensure they continue to satisfy the society's needs. 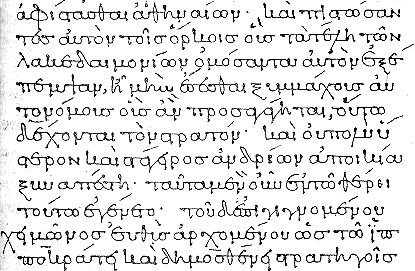 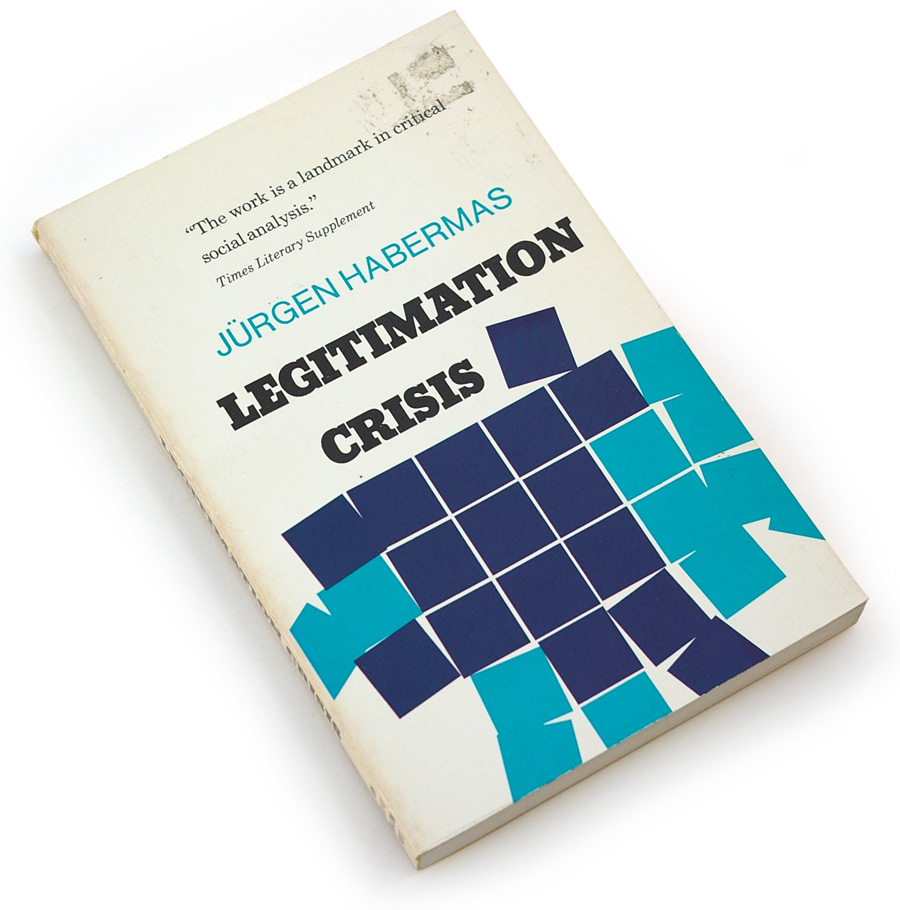 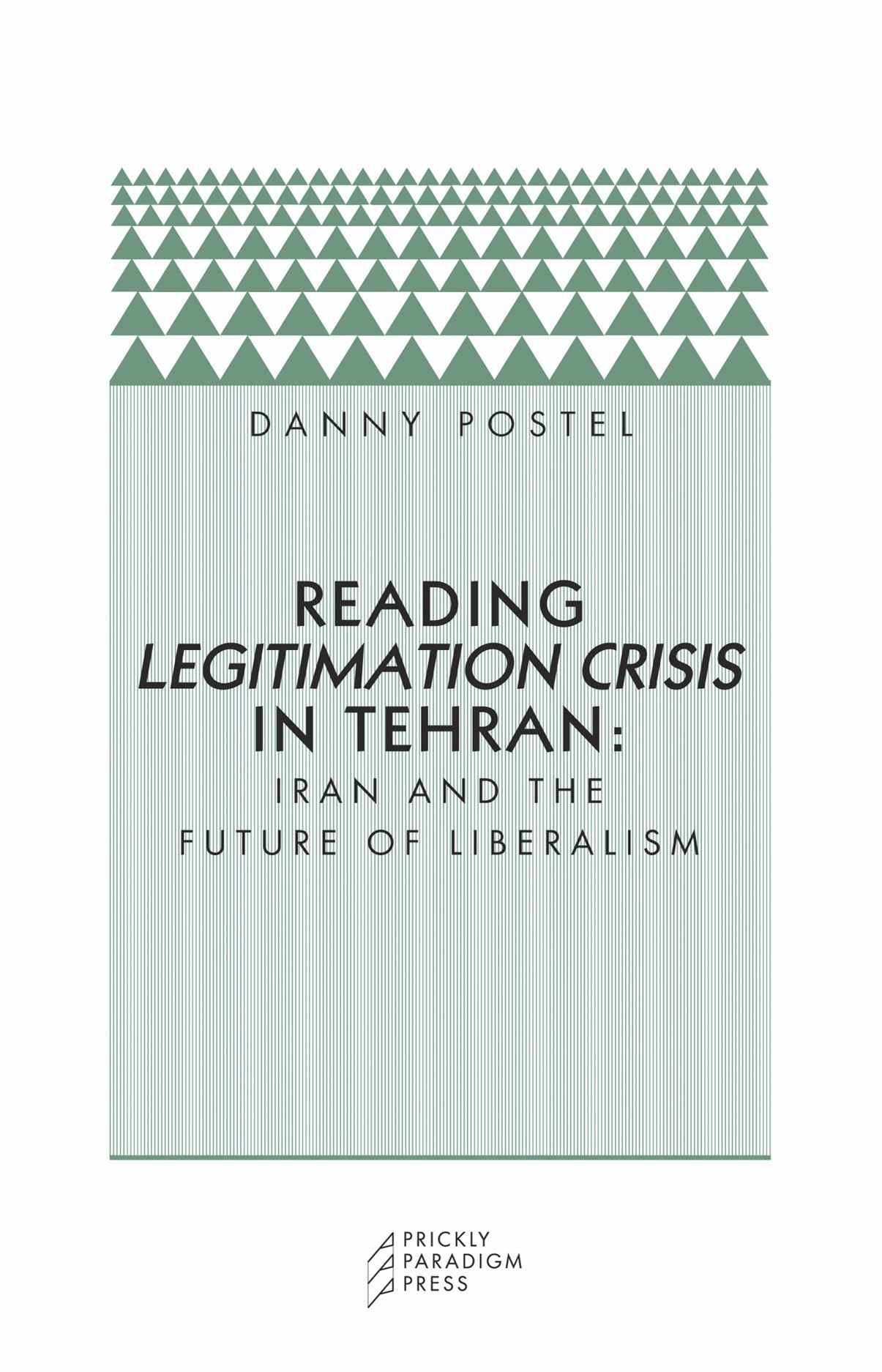